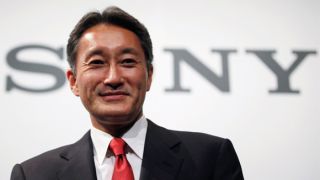 When it was announced that Kaz Hirai was going to succeed Howard Stringer as CEO of Sony, there was one group of people that jumped for joy: gamers.

Before he took the Sony top job, Hirai was known for turning Sony into a gaming giant. He joined Sony Computer Entertainment in 1995, when the PlayStation One was still in its infancy, and soon helped make the PlayStation the success it is today, surpassing gaming giants such as Sega and Nintendo.

In 1999 he was made president of Sony's games devision in the US which launched the PlayStation 2 in 2000. The success of the console was helped in part by Hirai's insistence on offering up platform exclusives, in the form of Ratchet And Clank and SOCOM.

It worked. The PlayStation 2 sold over 150 million units, overtaking the PSOne's 100 million and cementing itself as the most popular console of all time.

Hirai continued to oversee the development of the PlayStation and its numerous mobile versions and was seen as a cheerleader of sorts for the games on the consoles - hence his infamous Ridge Racer quote, which saw him championing the game in his usual enthusiastic style - all the way up to 2009, when he was put in charge of Sony's networked products and services.

Although he helped launch (the now defunct) Music Unlimited and Video Unlimited services, this time in his career will always be remembered for 2011's infamous PlayStation hack which put the PlayStation Network offline affecting 45 million customers.

His management of this crisis, where loyal customers were gifted free games and other things, prepared him for his biggest role yet, becoming the CEO of Sony.

When Howard Stringer stepped down in 2012, Hirai took control of Sony. While it is a company still very much in flux, it's CEO has proven time and time again that he can make a success story out of Sony once more.