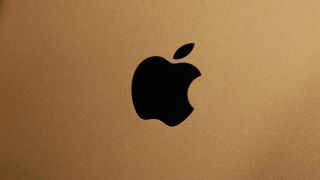 Price fixing may have started with new iPad release

The DOJ claims that said publishers and Apple conspired against other retailers, in particular Amazon, by setting the prices of e-books rather than allowing retailers to set them. Apple has a lowest-price guarantee with those publishers, with Apple taking 30 percent of each sale.

This arrangement also ensures that publishers are able to determine prices across the market, charging consumers "tens of millions of dollars more for e-books than they otherwise would have paid," says the suit.

It began with the iPad

The suit alleges that the agreement between Apple and the publishers coincided with the launch of the iPad in 2010. Before that time, retailers could set their own prices, and Amazon was selling new and best-selling e-books for $9.99.

Upon the introduction of the iPad, publishers switched to a model where they set the prices, charging consumers more and giving Apple an advantage.

Included in the suit is a comment from Apple's late CEO, Steve Jobs, who said, "We'll go to [an] agency model, where you set the price, and we get our 30 percent, and yes, the customer pays a little more, but that's what you want anyway."

As of this time, the Department of Justice has reached a settlement with three of the named publishers. If the court approves the settlement, Hachette, HarperCollins and Simon & Schuster will agree to grant retailers the freedom to set their own prices for e-books.

The companies will also be unable to limit retailers' ability to discount e-books, prohibited from sharing "competitively sensitive" information with competitors for five years, and required to implement antitrust compliance programs, said Attorney General Eric Holder during a press conference.

The DOJ will continue to litigate against Apple, Macmillan and Penguin. Macmillan's CEO has responded that he was part of no conspiracy, and that he reached the decision to adopt the new pricing policy by himself. Penguin and Apple have yet to respond.

"With today's lawsuit, we are sending a clear message that competitors, even in rapidly evolving technology industries, cannot conspire to raise prices," said Acting Assistant Attorney General Sharis A. Pozen, who's in charge of the Department of Justice's Antitrust Division.

From: The U.S. Department of Justice