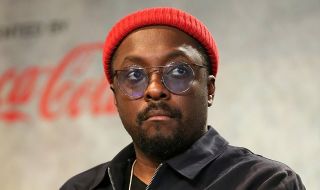 Will.i.am is back – but not with a new single. The prolific rapper and music producer, turned prolific tech guru, has unveiled the new smart assistant 'Omega' to compete with the likes of Alexa and Google Assistant.

In keeping with Will.i.am’s extensive musical influence, Omega seems geared towards a music streaming audience. The demonstration at San Francisco’s annual Dreamforce conference, where Omega made its first public appearance, showed the AI playing tracks at request, before providing information about the artist playing and any upcoming gigs or live performances.

As reported by Yahoo Finance, Will.i.am was quick not to criticize the other major players, but called Omega a response to ‘the pain points people feel’ when using existing voice assistants like Siri, Google Assistant, and Alexa.

Where is the love?

The Omega smart assistant is the latest attempted innovation from the high-profile musician’s technology startup, i.am+.

The most notable effort from the tech incubator included the poorly-received Puls wearable, a high-cost smartwatch without the smarts to recommend it in a bloated wearables market – so should we care about its latest venture into AI?

It would be easy to be sceptical of Will.i.am’s repeated attempts to make a splash in the consumer tech market, though he certainly has the brand strength to give any new creations a decent shot.

We’ve seen little of Omega so far, but if it offers a viable, music-focused alternative to the likes of Alexa or Google Assistant – it’s likely we’ll see Omega built into some Bluetooth headphones down the line – there may be some love for it yet.