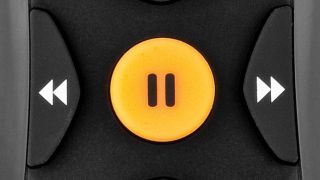 US television producers are rebelling against the traditional viewing figures, as DVRs and digital catch-up change the nature of the world's consumption.

With Brits taking to the iPlayer in record numbers to check out the Olympics, digital catch up along with DVRs are clearly making it hard to measure who is watching what and when.

The Nielsen ratings that are used in the US to measure how many people are watching the shows has long faced accusations of failing to truly account for non-linear viewing.

Speaking at the Television Critics Association press tour, both CW president Mark Pedowitz and Showtime's David Nevins made it clear that Neilsen ratings were no longer a perfect metric.

"Digital streaming numbers on our shows are astronomical," said Pedowitz. "Nielsen is trying to do the best they can. We are all looking for an accurate measurement."

Showtime's Nevins, defending Weeds' viewing figures, said: "65-70 per cent of our viewing doesn't happen on Sunday night when the show is first broadcast."

What is clear is that the world is no longer consuming content in solely the traditional way.

Linear or live television has remained far and away the most popular method for viewers but clearly millions of people are now time-shifting their viewing.