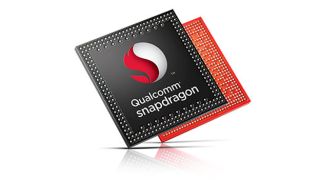 Qualcomm has ditched plans to release a new processor, specifically designed for use in 4K Smart TVs and set-top boxes, the company has confirmed.

Initially announced to great acclaim at CES 2014, the quad-core Snapdragon 802 processor, was designed to handle the demands of sending 4K media content through Smart TV apps with greater aplomb.

It also promised support for multi-tasking support in the form of "advanced, concurrent use cases, such as playing an online game while video conferencing; browsing the web while streaming a movie; simultaneously playing back up to four HD videos on the same TV; or sharing with your friends and family by sending wirelessly to other connected mobile devices."

However, as good as an idea as that seemed to all concerned, the company says it has decided against commercialising the tech due to lower than anticipated demand from manufacturers.

In a statement, the company wrote: "Qualcomm Technologies, Inc. has decided not to commercialise the recently announced Snapdragon 802 processor as the overall demand for processors uniquely designed for smart TVs has proven to be smaller than anticipated.

"This decision is specific to the Snapdragon 802 processor and does not affect other products we are currently shipping in this segment."