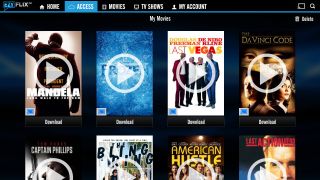 Buy movies on EzyFlix this month and pay US prices

Australian video entertainment services haven't historically been bastions of good value, which is part of the reason so many Aussies use a VPN to access Netflix.

It's especially confronting when you compare prices on an Apple TV between the Australian and U.S. iTunes stores.

Video on Demand upstart EzyFlix.TV knows that Australians feel ripped off for local streaming services, and has launched a promotion this month to charge for some new release films in U.S. dollars.

America is better... For pricing

Ezyflix announced last week that it would be aggressively pricing selected titles to match the current U.S. market.

The promo, running in Australia until Christmas, will allow consumers savings of up to 33% on major titles when compared to current AU pricing on iTunes and Google Play.

Guardians of the Galaxy, Mrs. Browns Boys D'Movie and Dawn of the Planet of the Apes will all be part of a range that will be available to buy for $16.99.

EzyFlix head honcho Craig White has stated that the promotion would be be operating under a loss-leading strategy, with the idea that it may prove to studios that reasonably priced content would deter many from downloading it illegally.

With titles like Transformers: Age Of Distinction and The Inbetweeners 2 listed under the promotion, they also appear to be attempting to snap up an early market share.

With Netflix launching into Australia early next year and new developments with Presto, the space is expected to undergo some dramatic changes over the next six months.