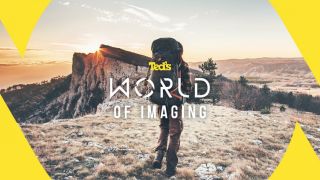 Ted’s Cameras has been a fixture of the Australia photography scene for a long time. The family-owned retailer opened its first store in Melbourne way back in 1970, but the company's expanded significantly since those halcyon days of film, and now has over 20 outlets across the country.

The camera retailer has recently opened the doors to a new retail space in the heart of Sydney, which it's dubbed 'Ted's World of Imaging'. This isn’t a brand-new store, however; instead, Ted’s Cameras has revamped its existing Pitt Street location, transforming it into an 800 square metre “vibrant hub of learning, education and collaboration”.

“After almost 50 years of being at the forefront of this industry, Ted’s is staying young by rejuvenating its operations and changing what it means to be a photographic retailer,” explained the CEO of Ted’s Cameras, Nic Peasley.

Ted’s has partnered with all the leading photographic brands to not just create a retail store, but also provide a gallery for exhibitions, an event room for workshops, as well as a bookable photography studio that's available to both students and professionals.

“We’re going to deliver an entirely new way of experiencing photography, where anyone interested in the image in all its forms can visit us and be inspired to learn and create,” Mr Peasley added. “This is the biggest investment ever made in one store by an Australian photo retailer.”

Ted’s Cameras is calling this new space a “game-changing concept store”, with the leading camera brands – Nikon, Canon, Panasonic, Fuji, Sony, Olympus, GoPro – allotted their own exclusive retail areas along with their own photography experts on hand to offer advice and assistance on purchases.

Ted’s wants the customer’s experience to be “immersive”, giving shoppers the opportunity to “wander, touch, talk, try, experience and explore for hours on end” before making a decision.

Shopping isn’t the only thing on the cards at Ted’s new flagship store. There will be an ongoing calendar of changing events, workshops and one-on-ones, plus interactive experiences for photographers of all ages to participate in.

For example, the camera retailer has partnered with the Australian Centre for Photography (ACP) to developed a series of workshops that will be presented in the store's dedicated Education Centre.

While the doors to the new concept store have already opened to the public, Ted’s eventful calendar begins with an exclusive VIP launch on October 18, which will be live-streamed from the Ted’s Fan Page on Facebook and will include major prizes given out over the night for those at home.

That will be followed by a weekend full of events across October 19-21, which is open to the public and free for anyone to join, with appearances from industry representatives, brand ambassadors and social influencers.

For more information on what else will be happening, head to the Ted’s World of Imaging website.