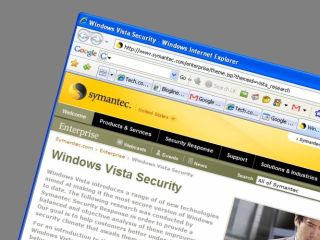 Symantec &quot;expect[s] that worms will continue to thrive; however, their method of propagation will change&quot;

Leading security vendor Symantec has supported the improved security provision in Windows Vista. A report by the vendor says the features "will result in fewer instances of widespread worms that target core Windows operating system vulnerabilities".

Nevertheless, the 15-page report, entitled the 'Security Implications of Microsoft Windows Vista', says Symantec "expect[s] that worms will continue to thrive however, their method of propagation will change."

We knew this already, of course - threats have been coming ever 'blended' for some time now. "This trend has already been observed since the release of Windows XP SP2 and is expected to continue," the report states.

Symantec also warns against users relying solely on Vista, saying that users themselves need to become ever more aware: "Microsoft Windows Vista in and of itself is not a security solution; rather it is a more secure version of Microsoft Windows."

"Symantec continues to see the user as the weakest link, as social engineering attacks become more elaborate in order to undermine the security technologies within Windows Vista."

The report warns consumers to be wary of third-party software that's not optimised for Vista, which is "less likely to employ all the security features available -at least in the short to medium term."

The vendor also warns that cyber criminals won't rest on their laurels and be thwarted by the new OS - they will discover new ways in which to take advantage of other cracks in Vista.

"While Microsoft has invested heavily in multiple technologies to mitigate the effect of memory corruption and memory manipulation vulnerabilities, Symantec anticipates the discovery of new techniques for successful exploitation."