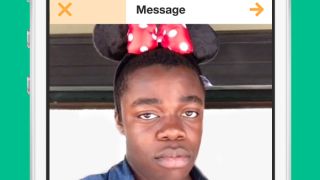 Clearly some things on Vine should not be made public

Vine has pushed out a new feature that lets users send one another private, direct messages.

Given that Vine is owned by Twitter, it was only a matter of time before this happened.

Now users can communicate directly with their friends using short videos and text messages without needing to broadcast their karaoke night or striptease to everyone who follows them.

Because sometimes, just sending someone a text isn't enough, and you need to say it with video.

To reply to a Vine video message you only need to tap and hold on the screen, much like recording a Vine in the first place.

Interestingly, Vine users can send private videos to anyone in their Vine network or contacts list, even if the recipient doesn't use Vine.

But you need to verify your phone number with Vine to send messages to users who don't follow you, and they'll be able to easily ignore those messages, as they appear in a separate inbox.

And you can send a private Vine message to multiple users, but the service currently does not support group messaging, so you'll get multiple one-on-one convos instead.

Vine messaging is available now in the latest version of the Vine app on iOS and Android.