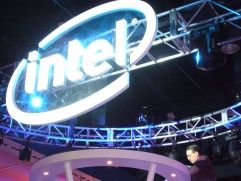 The EU is about to deliver its verdict in its long-running competition investigation of Intel . The probe started back in 2001.

AMD prompted the original inquiry by alleging that Intel was abusing its position by penalising system-builders using chips from both manufacturers. The probe started back in 2001.

In July 2005, EU representatives raided Intel's offices in Swindon, Wiltshire, as well as other national bases in Milan, Munich and Madrid.

The EU has experience in long-running anti-trust sagas, of course, with the Microsoft episode still fresh in our mind. However, the decision lies with Competition Commissioner Neelie Kroes as to whether Intel will face the charges.

Since September, Intel has been in the process of restructuring, with workforce cuts of up to 10,000 destined to happen by the middle of the year.

"I think this is an argument that Intel will put forward but I don't think it will make a difference."

The long-running investigation has involved the questioning of major Intel partners such as Dell - which exclusively supported Intel until late last year. This all stemmed from accusations in Germany, where it was alleged pressure had been put onto German retailer Media Markt to sell more Intel-based PCs instead of AMD ones.