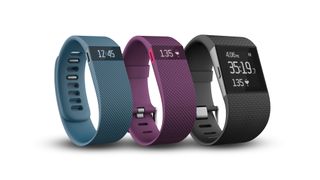 Second time's a Charge, but perhaps not a charm

Earlier this year, Fitbit was hit with complaints that the Fitbit Force was causing skin irritation for a large number of users. That was then recalled and replaced/succeeded by the Fitbit Surge and Fitbit Charge. Problem solved? Not quite.

It appears that both new devices are causing rashes for a lot of users once again. FitBit says that only a handful have complained, but some light digging reveals a fair few customers experiencing irritations.

Complaints actually started surfacing last month. James Hampson posted a photo of a rather irritated wrist on Twitter last month, writing "anyone else getting a rash like this from their new fitbit charge?"

More recently on the Fitbit forum, user Cboyd888 wrote "I am the biggest Fitbit advoacate. Have all the products, ordered my surge within 20 minutes of the pre release email. I've had it for three days and I've got a rash/blisters on the area I wear. I definitely don't have sensitive skin. Yes, I have read the care instructions and I'm using pursuant to the terms of use (I.e. Wash after working out etc."

To which seedyh replied: " I too have developed a rash on my wrist after wearing my Surge for 3-4 days. And like Cboyd888 I've been following the care instructions."

The rash is back

Posting publicly to Fitbit's Facebook page, Roman E. Nygma wrote: "I owned a Fitbit Force and got the rash. Now, I own a Fitbit Charge, and the rash is back. We need a redesign here, and quickly."

Leslie Fisher on Twitter had the same problem. "Sadly my new band is causing skin irritation. What is the protocol? Thinking best to return it."

But the biggest blow to Fitbit probably came from Yahoo Tech reviewer Alyssa Bereznak, who reported a similar irritation. Responding to her complaint, Fitbit CEO James Park said "Fitbit takes every complaint very seriously. And we have also been in contact with the handful of Charge users (out of tens of thousands sold) who have reported redness or skin irritation after wearing the product."

We approached Fitbit about the issue, who told us that "The reported cases represent just a few of the over hundred thousand sold and they differ greatly from what we saw with Force. "

"The reactions we are seeing with Charge are not uncommon with jewellery or wearable devices that stay in contact with the skin for extended periods," said CEO James Park. "According to our consulting dermatologists, they are likely from sweat, water, or soap being held against the skin under the device, or from pressure or friction against the skin and should resolve quickly when users take a break from the device, usually within hours or days."

So what, exactly, should users do? Park said, "We are encouraging anyone wearing an activity tracking wristband, regardless of the brand, to follow four key elements for maximum enjoyment: keep it clean, keep it dry, keep it loose, and give your wrist a break. We recommend wearing the band loosely enough that it can move back and forth on your wrist." Full guidelines can be found here.

Finally, Park added that Fitbit will "continue to monitor this issue, as it impacts all companies that make products worn next to the skin".

Are you experiencing skin irritations with the Fitbit Charge or Fitbit Surge? Let us know below.