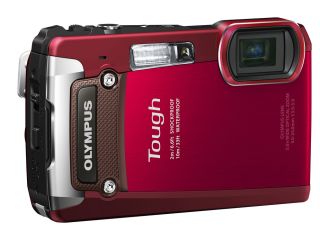 Olympus has unveiled two new tough compacts to sit in its TG range, with the company claiming that the new cameras offer DSLR image quality.

According to Olympus, this can be delivered by the new iHS (Intelligence, High Sensitivity and High Speed) technologies that can be found in the TG-620 and TG-820.

Meanwhile, the TG-620 is waterproof down to 5 metres, shockproof from 1.5 metres and is also freezeproof down to -10 degrees.

TAP Control mode is available for photographers wearing gloves, with key functions being able to be changed by simply tapping the casing or tilting the camera.

Both cameras are equipped with a 5x wide optical zoom, which offer 28-140mm focal lengths (35mm equivalent). Super-resolution for digitally extending the range of the optical zoom is also available.

The cameras are capable of recording video at 1080p Full HD, while sensitivity ranges from ISO 100 to 6400.

Of course, it wouldn't be an Olympus camera without a range of art filters. The TG-820 and TG-620 feature Punk, Pop Art, Pin Hole, Soft Focus among others.