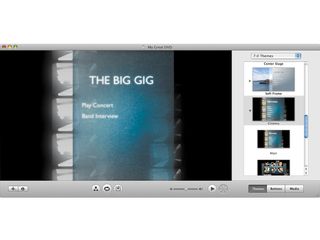 iMovie has been given an interface overhaul by Apple

As we move past the middle of the week, it's time to see what you missed last night.

The US Supreme Court has decided to listen to another patent case that could have serious implications on the tech industry. According to a report, LG may be able to collect patent revenue from Intel and any company that uses Intel products if successful.

Apple has officially updated its iLife '08 suite, with iMovie getting a full facelift. Both updates offer better functionality and more stability when used on the current hardware.

Despite numerous threats that it wouldn't do so, Apple will allow two NBC shows to be sold on the US iTunes Music Store. Just a few weeks ago, both companies took part in a public spat, which began with NBC choosing to not renew its contract with Apple.

Permanent ban on Internet tax on the horizon?

The Bush administration has endorsed a move that could have significant implications on how much we all pay for Internet access. According to the White House, President Bush has endorsed a law that would ban an Internet tax for eternity.

Sanyo, best known for its production of camcorders that offer unique functionality at a low price, has unveiled the Xacti HD700, which can record 720p video and take 7-megapixel stills for a nicely affordable price of $600.

NEC has announced a new 24-inch monitor that may make some of the image-concious among us happy. The LCD2470WVX has a dynamic video mode that enhances brightness, color, and contrast. There is no word yet on pricing or availability.

According to rumors swirling on the Web, Hitachi may be selling its stake in the hard drive business. The company is considering a move that would bring an outside investor into the operation to help turn the business around and make it a more formidable competitor with hard drive powerhouses Maxtor and Western Digital.

A popular torrent called Demonoid has gone dark for the past 24 hours and some are wondering if the government has stepped in. So far, there is no report on why the site has gone offline, but rumours continue to swirl around.