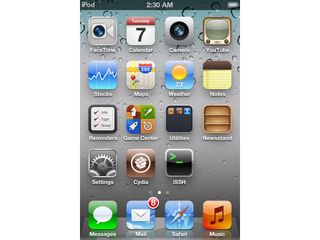 Over a half of consumers plan to buy an iPhone 5 in its first year on release, according to a new survey

A new survey of nearly 3,000 people claims that over half of consumers already want an iPhone 5, despite no official details on the phone having yet been released, with over a third planning on upgrading to iPhone 5 as soon as possible from their current handset.

It is a clear reflection of the strength of Apple's iPhone brand, for so many phone buyers to have already made their next mobile purchasing decision, way before they even know what the iPhone 5 will look like or what snazzy new features Apple will be including in its new handset.

And our survey says...

The survey was carried out by Experian PriceGrabber and claimed that 35 per cent of those asked already planned to buy an iPhone 5 when it arrives on the market at some point later this year.

"Our survey data confirms the strong following Apple has built around its iPhone, with more than one-third of consumers planning to upgrade to the latest model only a little over a year following the release of the iPhone 4," said PriceGrabber general manager Graham Jones.