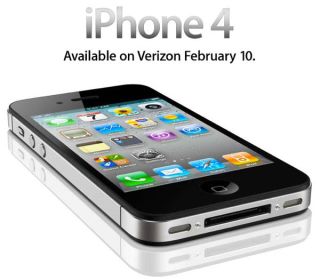 The iPhone 4 is no longer available to just AT&T customers in the United States after the long-awaited CDMA version of the Apple device was launched on the Verizon Wireless network.

The new handset, which is all but identical to the original iPhone 4 aside from a shift in the aerial to the side of the device above the volume buttons, will be available on February 10th February.

That means millions of Americans who've been frozen out of owning the iPhone since its inception in 2007 can now get their hands on Apple's flagship device for the first time.

From GSM to CDMA

Verizon and Apple had been in talks since 2008, but because Verizon is a CDMA network and the AT&T iPhone is a GSM device, extensive testing was required. Mobile phones in the states either run on CDMA networks (Verizon, Sprint) or GSM (AT&T, T-Mobile) and now the CDMA iPhone 4 is ready to go.

Verizon's rival network AT&T (these guys are continually beating hell out of each other in US TV commercials) had enjoyed a long period of exclusivity in the US similar to that held by O2 in the UK before the other networks broke the stranglehold in 2009.

Up until now, Verizon has thrown its weight behind Android devices like the Motorola Droid X and the HTC Droid Incredible, so it'll be interesting to see if their support wavers now they've achieved the holy grail.