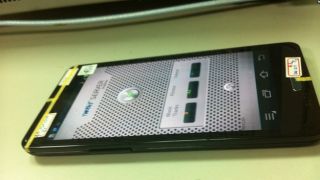 Qualcomm has jumped into the SDK frenzy.

As announced at this year's Uplinq Developers Conference, Qualcomm has tossed out the first official Snapdragon S4 SDK for developers to tinker with.

So what does that mean for your average Snapdragon S4 8960 processor-sporting smartphone owner?

Specifically, mobile developers will now be able to integrate a number of Snapdragon APIs into their apps via the SDK, which should allow them to build some exciting hardware features (previously exclusive to the phones themselves) into their apps.

"The most powerful applications in mobile are those that are tightly integrated with the underlying hardware," said Rob Chandhok, Qualcomm senior vice president for software strategy, in a press release.

"Qualcomm is always striving to enable developers and device makers to differentiate their offerings via the unique capabilities found in its industry-leading Snapdragon mobile processors.

With the Snapdragon SDK for Android, developers and manufactures can now more easily utilize these features as they work to set their products apart in a crowded ecosystem."

Some of the new features developers can now play with include Snapdragon's facial processing techniques, which help a smartphone's camera to recognize blinking and smiles when taking shots.

Snapdragon's burst capture capabilities allow users to snap a number of shots with zero shutter lag in between, assisting even the most amateur of smartphone photographers to take a picture-perfect shot.

Other fun Snapdragon features include new interior tracking capabilities, which give users an accurate representation of where they are both inside and out, in addition to new sensor gestures, hardware-based echo cancellation, and surround-sound recording.

As mentioned, however, the SDK currently only works with Snapdragon's S4 8960 processor.

According to the company, Qualcomm hopes to expand its SDK to include additional chips in the future.

A preview version of the SDK currently sits on Snapdragon's site; the full release should be available within a few months.