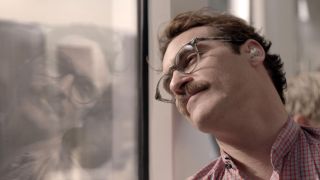 The premise of Her just got a little bit more real

When Siri was first introduced with the iPhone 4S in 2011, the voice-controlled computer of the future was finally at hand - until you asked it to arrange a reservation at your favorite restaurant.

Now Viv Labs, which was co-founded by three Siri engineers, claims it's working on a radical new AI that outpaces Cortana, Siri or any other virtual assistant out today.

Viv Labs explained in an interview with Wired that its AI - named Viv - isn't simply limited to completing tasks that its been programmed to do. Instead, this new electronic assistant will learn to complete almost any task by accessing more parts of the web.

"I'm extremely proud of Siri and the impact it's had on the world, but in many ways it could have been more," Viv Labs Co-Founder Adam Cheyer said. "I want to do something that could fundamentally change the way software is built."

Currently Siri is only able to access apps built into iOS 7 and other services Apple has made direct partnerships with, like ESPN. Even with Siri getting some cross-app upgrades in iOS 8, it won't be able to access a website such as Expedia to book a flight or set up a restaurant reservation on OpenTable.

Viv Labs claims its AI will be able to do just that thanks to its improved ability to interpret voice commands.

"Give me a flight to Dallas with a seat that Shaq could fit in," Dag Kittlaus, another of Viv Lab's co-founders, gave as an example request. Whereas Siri wouldn't be able to interpret the request, Kittlaus claims Viv would be able to connect the dots by looking into Kayak, SeatGuru and the NBA media guide to identify flights with more legroom.

Viv Labs claims its AI has unique access to "a global brain" that helps power a million different apps and devices. The global brain will also theoretically be an open system to incorporate even more businesses and applications into its network.

Coming to a reality near you?

Viv Lab's founders say they imagine their AI being used with a phone, though they didn't suggest any platforms or how close they are to a final product.

A lot of promises behind this novel AI reek of outlandish futurism shrouded by Apple-informed secrecy, but if Viv works as promised, it could be more robust than anything we've seen before.