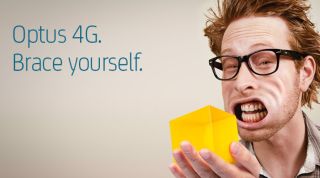 4G is all the rage this year, with Optus, Vodafone and Telstra all launching, expanding or updates their 4G LTE networks across the country.

, Optus has landed a major coup for its TD-LTE network.

"These new smartphones will open up access to significantly more 4G capacity, allowing Optus customers to do more on their phone in more places," said Rohan Ganeson, managing director of sales at Optus.

Officially switched on in Canberra in May, the only devices that Optus currently has available for its TD-LTE network is a modem and USB modem, both of which were launched in June.

TD-LTE is a variation of the current LTE technology that is available in Australia. It uses the same frequency band for uploads and downloads, but does each at separate times.

While Optus' TD-LTE network is currently only available in Canberra, Samsung's two dual mode devices will be able to switch between each technology, depending on where you are and which is available in your location.

"We are proud to be the first telecommunications carrier in the world to support Samsung's devices with seamless TD/FD-LTE handover technology on our network, giving quicker access to leading technology for those who choose Optus," Ganeson said.

Samsung's dual mode Galaxy S4 will be available from September, while Optus has only said that availability for the Galaxy S4 Mini will be announced "shortly".