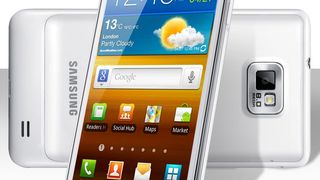 About time Samsung, now Oranage and T-Mobile what's your excuse?

Samsung has finally sorted itself out and pushed the Ice Cream Sandwich update out to its long suffering Galaxy S2 customers who have unlocked handsets.

You'll need to physically plug your Galaxy S2 into your PC to receive the upgrade and we recommend you check your version of Kies is up to date before attempting the update.

Samsung told TechRadar: "Samsung UK has been working as hard as possible over the last few weeks to get Android 4.0 (Ice Cream Sandwich) rolled out to all our Galaxy S II customers.

All upgrades are complete except for Orange and T-Mobile

"We can confirm that 'XEU/sim-free' and all network upgrades are now complete except for Orange and T-Mobile which will follow as soon as possible, pending software testing and approvals. Thanks again for your patience."

We've managed to update the two unlocked Galaxy S2 handsets we have in the office to Android 4.0 and our fans on Twitter (@TR_Phones) and Facebook have confirmed they too are getting the upgrade.

So what can you expect from the Ice Cream Sandwich upgrade? Well you'll now be able to unlock your Samsung Galaxy S2 with your face, easily close apps in the new-look multi-tasking menu, surf the internet on the Google Chrome Beta app and manage all your precious data consumption from the settings menu.

All eyes now fall firmly on the Orange - T-Mobile partnership which is lagging way behind when it comes to the Galaxy S2 update. Last time we spoke to the networks they confirmed that the update was still in testing and they hoped to have it ready soon. Well, we're still waiting guys...