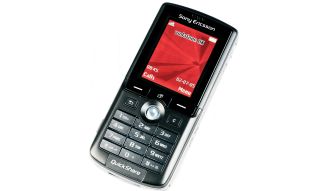 We're republishing the reviews of classic phones from the dawn of the smartphone era.

Here we have Sony Ericsson's classic K750i handset, which came with a 2MP camera - which for the time was big news. It also offered a whopping 100MB of storage space, which makes us feel slightly bad when we complain about 'only' 16GB of space.

This review also gives us a frightening glimpse of a world before iTunes and Spotify, where you could listen to snippets of music, then use PlayNow to pay £3 a track to transfer the songs to your phone.

One thing we do miss about these times is battery life - the K750i lasted over a week on a single charge where now we'd weep tears of lithium-ion joy if we could get half that.

If you want an excuse for not going 3G, this is it. Sure with 3G phones you get high-speed downloads, great online video content, the ability to see the person calling you, and stacks of calls for your cash. But you can't get a phone quite like Sony Ericsson's new K750i.

This is no ordinary top-of-the-range cameraphone. This has been built to offer the very best that GSM has to offer. It is the life and soul of the party thanks to its on-board music player, radio tuner, games and full range of GPRS download services.

But where it most impresses is with its camera. This is about the best specified digital camera on a phone that we've yet seen.

On paper, it is similar to the Vodafone-exclusive Sharp 902. But as the Sharp is a 3G model, the K750i has an immediate edge in terms of size and weight. There is a very respectable two-million pixel camera built in – but it still tips the scales at under the 100-gram mark.

It doesn't offer the optical zoom of the 902 – but it makes up for this with a far more responsive autofocus system, that zips in to snap impressively sharp pictures even when shooting from just a couple of inches away.

This is a camera that will really deliver the type of results that businessmen can use for reports and websites, and that the rest of us can use to produce respectable prints for the family album.

You could think of the K750i as being simply an update of the K700i, which follows in a long line of highly respected cameraphones that can be traced right back to the T610. However, the six-fold jump in camera resolution makes comparisons with Sony Ericsson's first megapixel camphone – the S700i – almost inevitable.

The difference is not just that maximum resolution has been increased, but that the device now looks much more like a phone than a standalone camera. At a time when you thought mobile phones had finished getting smaller, it's a feat of miniaturisation that takes the breath away.

The design brief has once again been to produce something that looks like an ordinary phone from one side but looks like a digital camera from the other. This two-faced approach is disguised by the use of a sliding cover that obscures the 4.8mm f/2.8 lens and self-portrait mirror when not in use.

However, when taking pictures you are encouraged to turn the device sideways as if it were a proper camera – and then use the top-mounted rocker switch to activate the 4x digital zoom, and the neighbouring shutter release to take the pictures.

On the opposing side of the camera you find a rubbery plug that covers the slot-in memory card. Being a Sony Ericsson, it is not a surprise that this is one of the MemoryStick family of flash cards. What is surprising, is that you get a 64MB MemoryStick Duo card thrown in with the handset.

When this is added to the 34MB onboard storage, the handset offers an amazing 100MB of memory straight out of the box.The memory slot is compatible with Duo Pro cards, which currently offer a capacity of up to two gigabytes in a single MemoryStick. The expandable memory is likely to be of particular interest to those wanting to use the handset's music (and video) playing facilities.

A special play/pause button is provided to aid the use of the playback of MP3s and other digital file formats.

You can hear through the built-in speakerphone – or you can plug in the supplied headphones if you want to hear in stereo; these attach to the multipin accessory socket, which means you can't charge the battery as you listen (a 3.5mm standard minijack socket would have been better).

Turning to the phone 'face' of the device, the screen appears modest in size – but its specification proves that appearances can be deceptive. Colour depth has been increased to 262,000 colours (compared with 65k on the K700i), and there is plenty of detail in the 176x220-pixel array.

Navigation through the extensive line-up of features is provided primarily by mini joystick – although that is rather too small and slippery for our liking. There is also a lack of standardisation about whether you press in the joystick or use one of the two softkeys to make selections, and this gets particularly confusing when using the phone turned sideways as a camera.

However, you could soon learn a path around these teething problems. A programmable short cut menu with its own separate activation key is well worth making use of, if you want to avoid excessive button pushing.