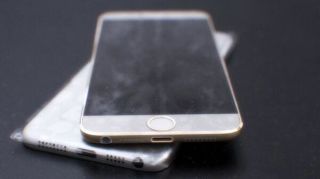 The iPhone 6 is likely to arrive this autumn

The forthcoming Apple iPhone 6 is likely to be slimmer and more rounded, if pictures of casing posted online this weekend are the real deal.

The series of images obtained and shared by French blog Nowhereelse.fr, shows the rear and side of the casing, with all of the trimmings like volume rockers, lock switch and the SIM card tray in its usual position.

There's also room for another button on the side of the device, which has been speculated as a new home for the iPhone's power button.

The report that accompanied the pictures even suggested that Apple may even make the iconic logo flash and glow when the device receives a notification, although that seems a little gimmicky for Apple's tastes.

The countdown is on

The iPhone 6 is likely to arrive in September or October, if the company decides to stick to its traditional release schedule.

Speculation has suggested it'll arrive in two iterations, with a 4.7-inch and a 5.5-inch model.

Reports on Friday claimed the company has lined up a date in October to launch the iWatch, so perhaps we'll see the next generation smartphone at the same keynote.