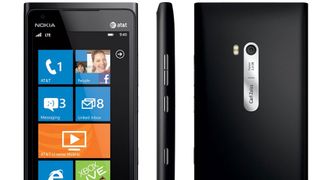 Nokia needs to work on its Windows Phone game

Several European mobile operators have slammed the Nokia Lumia range of handsets, claiming they are unable to compete with other phones in the market.

In a report by Reuters, the operators said the Finnish company was unable to match Apple's iPhones and Samsung's Galaxy handsets with its Lumia range.

Nokia launched its Lumia 800 and Lumia 710 devices at the end of 2011, but sales have been slow, with Android and iOS still ruling the smartphone roost.

Dual-core and quad-core could have more appeal

Stephen Elop, Nokia CEO, recently branded multi-core phones "a waste of battery", however Nokia's single-core offerings may not be enticing enough for consumers, who are spoilt for choice when it comes to dual and quad-core phones.

It seems there is still an image issue with Windows Phone devices, as an executive for an European operator said; "No one comes into the store and asks for a Windows phone" – pretty damning stuff and something which Microsoft and Nokia are working hard to resolve.

The flagship Lumia 900 and budget Lumia 610 are Nokia's latest Windows Phone devices and it will hope that, even though they both pack single-core processors, they will help turn the tide even slightly.