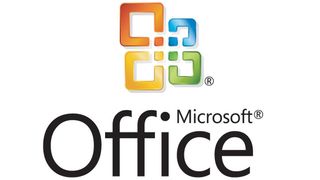 Should be called iOffice.

Microsoft could be working on a version of its popular Office Suite for iPhone and iPad, if a job posting from the software giant is anything to go by.

The job post appeared on Microsoft's website earlier this month and is for a Software Development Engineer in Test, Office for Mac.

So far, nothing special here – Microsoft has been providing a Mac version of Office for years - but read on and there are a couple of interesting tit-bits of information.

"We build our own Mac and iOS products"

The posting confirms the company's intentions to venture into iOS, as it states the job will be "part of Microsoft's next move on the Mac and on iOS."

It goes on to say: "We build our own Mac and iOS products that present team members with unique technical challenges as well as exceptional opportunities for ownership, autonomy and professional growth."

We've already had word that the iPad may recieve Office, and although there's no guarantee that a full blown iOS version of Office will make its way to iPhone and iPad users, we wouldn't be surprised if it does.

More and more firms are selecting iPhones as their business handsets (and even iPads in some cases), so having the likes of Word, Excel and PowerPoint on the go would clearly be a big plus point for many.

From Microsoft via The Verge