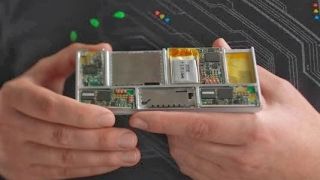 Modular phones focused on being great, not profitable

Going modular may be even cheaper and more accessible than some imagined.

Speaking with Time, Google's Advanced Technology and Projects team revealed they want to get the first barebone Project Ara phone on the market for as little as $50 (about £29/AU$55).

This "grayphone" will consist of little more than a frame, screen and Wi-Fi radio, and it will be "designed to be sold at convenience stores." Users could then swap out and plug in parts as they like, which will presumably cost a price per piece.

Google hopes to put this consumer-ready version of Ara on sale in the first part of 2015.

The Time report also revealed that Google plans to have some level of control over Ara's hardware.

The platform supports three sizes of phone - mini, medium and jumbo, or phablet. Size will be determined by an aluminum endoskeleton, and this component will be Google-branded.

The ambition is to do for hardware what Android and other platforms have done for software, Project Ara lead Paul Eremenko told Time. In other words, open handset manufacturing to innumerable developers as opposed to a handful of major names.

There's still a ways to go before a $50 phone hits the market, including getting down to that price point to begin with and getting regulator approval in places like the US.

Still, Eremenko said he wants Project Ara to be "great, not profitable," so consumers may hold out hope that customizable phones aren't far off.