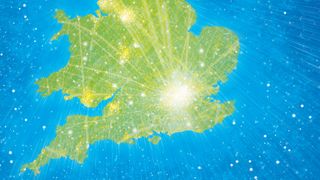 In a world of data, all voice transmissions are auto-tuned... or not

In a statement Friday at an investor conference in New York, AT&T CEO Randall Stephenson said that he believes cellular communication will go exclusively to data transfers in as little as two years.

To be clear, he insinuated that another company, not necessarily AT&T, would pick up on the idea for a "data-only" plan offering, with calls transmitting as data packets, like Google Voice and Skype, among others, currently do.

"I'll be surprised if, in the next 24 months, we don't see people in the market place with data-only plans," Stephenson said. "I just think that's inevitable."

Stephenson did not make any mention of plans for AT&T to get involved in data calls, but it wouldn't be a stretch.

With other carriers moving over to finite shared data plans (one plan, multiple devices, and a preset amount of transferable data), AT&T isn't far behind.

And with shared data plans, carriers could squeeze more cash out of consumers by hiking the price on data and expanding the offered monthly amounts.

However, because voice calls make up the lion's share of carrier revenue now, the premium on data could be costly.

It's not a pretty picture, but according to Stephenson, that's where mobile telecommunications is headed.

Stephenson also said that regardless of the delivery method, he intends to continue making money on smartphone plans.

The cost of porting business

No matter how inevitable the data-only future may be, it isn't as simple as flipping a switch.

To begin with, phone companies now pay each other for calls connected between carrier services.

A data-only plan wouldn't eliminate that potential, but would invent the need for voice-packets with thick headers of customer information.

Not surprisingly, these call signals would take longer to travel, or simply require a stronger wireless broadband signal.

This brings up another concern with data-only calling - the coverage of 3G and 4G networks.

While data transmission until now has required essentially the same hardware, phone manufacturers may have to invest in smart antennas to provide a commensurate level of call stability for most smartphones.

Additionally, because a data stream is more demanding on a radio signal, areas with poor coverage and few cell towers would have an even harder time making phone calls than before.

This would mean big infrastructure upgrades for the carriers, which translates to more expensive plans for consumers.

The concept of a data-only future isn't all about losing money, but it may be a bit premature to think that data-only plans could be viable for large smartphone service providers in 2014.