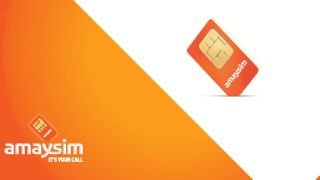 Today, Australian phone service provider Amaysim announced that it will be switching its network from 3G to the Optus 4G Plus network.

Due to the wide variability of signal strength during everyday phone usage, it is difficult to accurately quote the speed increase that 4G connections offer, over it's predecessors.

Amaysim's CEO, Julian Ogrin told TechRadar that "A safe estimate would be that 4G offers download speeds that are, on average, three or four times faster than 3G."

Will all of Amaysim's products go 4G?

Amaysim's existing unlimited voice and text, and 5GB of data plan, will be maintained on the 3G network for existing customers, but all other services will be transferred to the new 4G service.

Plans will be swapped automatically after a 30 day notice period and can be opted into during that time by any existing customers.

Alongside the ever increasing data demands of smartphones, people are also using their mobile phones significantly more while indoors.

4G networks allow the use of an extra 700MHz frequency that, because of its longer wavelength, can travel through the dense materials found in urban areas more effectively.

Alongside the new phone plans Amaysim also has a number of data-only consumables, suitable for tablets and SIM-based Wi-Fi dongles, that will also be swapping to 4G.