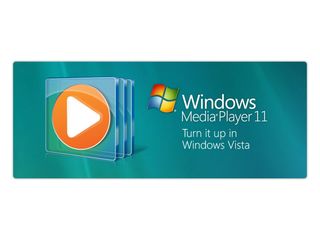 Windows Media Player is at the centre of Microsoft's EU court appeal, the judgement for which is due today

The outcome of a nine-year battle over anti-trust allegations could be settled today, as Microsoft faces European judges over its appeal against a £343 million fine, and the unbundling of Windows Media Player from its Windows operating system.

Microsoft has argued that the competitive landscape has changed since European Commission judges made their original judgement in 2004. It says that Apple's iTunes, Adobe Flash and other rivals all make the media player much more competitive that it once was.

"It does not appear to be the case that Microsoft has been able to tip the market in its favour," Microsoft spokesman Tom Brookes says in the New York Times.

However Michael J Reynolds, the lawyer who originally brought the anti-trust suit on behalf of Sun Microsystems in 1998, says:

"How did Microsoft build its position in this market? They did so through bundling. The court's decision will have an effect on a number of markets in Europe on whether dominant players can use bundling."

The New York Times says Microsoft still has 50 per cent worldwide market share in media players, but that growth slowed to just 2 per cent in 2006. iTunes, by contrast, had risen 48 per cent giving it 19 per cent market share.

We'll bring you outcome as soon as we hear.