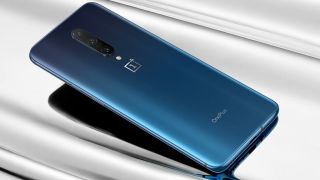 Update: A source close to the matter has confirmed to TechRadar that OnePlus won't be announcing its next phone on October 15. You can read the full story here.

OnePlus has been following a schedule of two flagship phones a year for the last few generations, and it's likely to be the same again this year, with a OnePlus 7T rumored to launch in October.

October 15 is the exact date we've heard, and it comes from information provided to Max J, who has often focused on Samsung leaks but seems to have knowledge here on OnePlus too.

OnePlus announced its 6T handset toward the end of October 2018, so this date would match up with the company's schedule for releasing handsets so far.

Considering the company introduced both the OnePlus 7 and OnePlus 7 Pro earlier this year, it wouldn't be unreasonable to think there are set to be T variants of both of those handsets.

Other upgrades are currently unclear, but it may be we see an even bigger focus on 5G from OnePlus considering it was one of the first companies to try and tackle the technology on a consumer product.