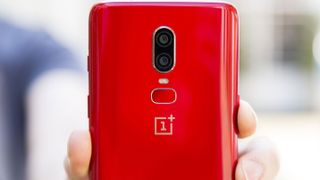 OnePlus has just confirmed its next flagship phone will be announced on October 30.

We already know it's set to be called the OnePlus 6T, with a selection of other details about the new phone incoming, but this is the first time the company has confirmed it'll be launching at the end of this month.

It's set to be introduced at a launch event in New York City at 11AM EST /  8AM PST / 3PM GMT (1AM AEST the next day), and if you live in the city you'll be able to buy tickets to go along to the launch.

We're set to be at the live launch on October 30 to give you the first verdict on the upcoming phone as well as all the juicy details about the company's latest handset.

OnePlus recently confirmed to TechRadar the phone would be the first OnePlus handset to lose the 3.5mm headphone jack, plus we've heard the next-gen handset will come with an in-display fingerprint scanner.