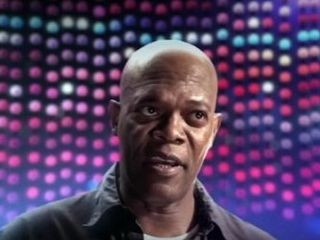 Samuel L. Jackson has been drafted in once again by Virgin Media in order to promote its wares – with the recently unveiled 50Mb broadband package being given a major push.

Jackson – who rose to prominence in Pulp Fiction but has starred in a plethora of Hollywood hits including the Star Wars prequels – appared for the frist time over the weekend as Virgin promotes its super-fast broadband.

"It is 2009," says Jackson, in the rather low-key advert. "Remember the time when the internet revolution really happened."

Virgin Media's 50Mb service was launched back in mid December last year, although trials of the service have been going on for months.

Indeed, at the launch chief executive Neil Birkett insisted that the company could have launched a 100Mb service, but was waiting until its competitors caught up and the faster speed became more financially viable.

But in the meantime, it will fall to big Sam to sell us all the idea of speedier downloads.