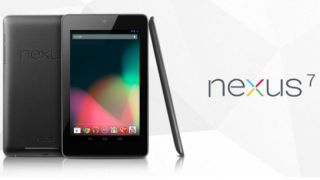 Pre-orders of the Google Nexus 7 tablet are starting to ship today, with some retailers beginning the roll out.

Despite Google apparently saying it wanted to coordinate the launch of its fancy 7-inch device, some consumers will be able to get their hands on the new tablet sooner than others.

The tablet has already been made available through limited retailers in the US, but now the UK is getting a taste of the device too thanks to Currys and PC World.

However, the 'out of stock' signs are already being hung, as the retailers are quickly rippling through their initial allocation.

You want it when?

The frustrating thing for some Nexus-worshippers is those that pre-ordered through Google's Play Store portal will have to wait longer to get their hands on the device – up to two or three weeks longer, depending on when the order was placed.

It seems the Google Nexus 7 tablet – manufactured by Asus – isn't quite as coordinated as the search giant may have hoped. HMV promised to have it on sale on July 16, only to change its mind at the last minute and say this was when pre-orders would be accepted.

The tablet is set to be a massive hit over the Christmas period, as the sub £200-price point makes it an affordable yet powerful option to sit under the tree.

Check out our in-depth Google Nexus 7 review if you want to know if you should shell out a few notes for the new tablet – you may be more impressed than you'd expect.