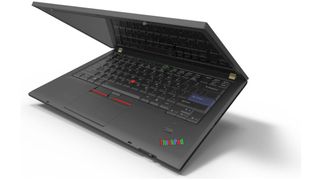 Lenovo acquired the ThinkPad brand from IBM nearly 10 years ago and refined it throughout the years. Now the Chinese company has hinted, via its head of design that it may bring back some of the original features that made the ThinkPad stand out of the crowd.

David Hill posted some mockup pictures of what an updated retro-looking ThinkPad might look like now. Lenovo may well time the tenth anniversary of the acquisition of the brand by launching a radically different ThinkPad model.

More than 700 people have left comments on Hill's post on Lenovo's blog and the feeling is overwhelming positive except perhaps for the kitsch multi coloured logo.

The company is already planning for the next generation of ThinkPad and Hill acknowledged that bringing a retro ThinkPad to market would require significant sales volumes to justify the development effort and tooling expense.