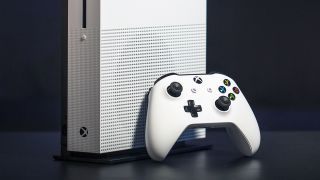 A special edition Xbox One S is apparently on the way, specifically designed to appeal to Fortnite fans – and we just got an early preview of it thanks to a bunch of leaked images.

WinFuture has the gallery, which shows off the console in a very purple-heavy selection of shades, from the gradient on the console itself, to the colors of the bundled controller.

According to WinFuture's sources, the box will come with Fortnite, 1TB of storage, 2,000 V-Bucks for in-game spending, and a month of free subscriptions to Xbox Live Gold, EA Access and Xbox Game Pass.

For serious Fortnite players, that's not a bad package. The console is tipped to retail for $299 in the US and €299.90 (about £265) in Europe. It doesn't sound like it'll appear in Australia, at least not straight away.

Unlike the recently launched Xbox One S All-Digital Edition, the Fortnite Xbox One S will come with a Blu-ray disc drive for loading up games (and movies), if you prefer that to downloading.

It's not the first time Microsoft has created a limited edition Xbox either – remember the Minecraft Edition console, unveiled a couple of years ago? That also came with a special Xbox One design as well as the game.

None of this is official yet. We might get an announcement at E3 2019, with Microsoft's event scheduled for Sunday June 9.

We will of course bring you the news on everything that gets announced as the show unfolds. Microsoft should also reveal more about its xCloud gaming service, and perhaps the Xbox Two.