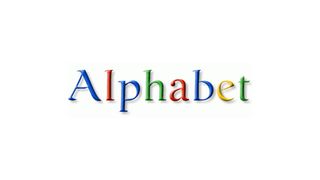 There's much more to Google's new parent company, Alphabet, than the name.

However confusing the umbrella firm was when first announced (why change what has worked so well for so long?), if you look at it the ins and outs of Google's reorganization, Alphabet makes as much sense as ABC.

As Alphabet, which Google Co-founder Larry Page described as "mostly a collection of companies," the new-look Google can focus on what it wants to do best (search, ads, apps, YouTube and Android, specifically) and every other company not a part of this (Calico, Google Fiber, Google X, Google Ventures, Google Capital, and Nest) can thrive as its own entity with generally its own distinct leadership.

These newly formed subsidiaries, Google included, can focus and iterate faster. As a cluster of smaller firms, most with their own CEO, the things that keep a company relevant and successful - clear purpose, speed of development and deployment, response time, etc. - will be relatively that much easier to execute.

As some have postulated, the old Google was probably too big for its own good. It had fingers in too many pots, stretching itself thin. Perhaps the cracks weren't showing yet, but with what may turn out to be incredible foresight, Google's chiefs decided changing now was better than trying to after it was too late.

The Google we knew up until Monday was still able to do most things remarkably well, but in order to get to the next level - to do things exceptionally well, and maybe change the world in the process - the company's powers at be decided Alphabet needed to happen.

From where I sit, Page and Brin made the right call.

As its own company, free from divisions that didn't really have anything to do with search, ads or Android, Google the subsidiary can hone in on making money and providing customers (you and I) with an optimal experience.

Why? Because Google is no longer a search engine/operating system developer/smart thermostat maker/internet provider/moonshot taker. Now, Google has core areas on which to focus, with each arm intimately linked to one another.

These happen to be the products and services that most directly impact consumers. Sundar Pichai, Google's new CEO, has demonstrated the capability to lead in these areas as well as shown vision for how Google needs to operate - and what it needs to be - moving forward.

Alphabet sets up its other subsidiaries for success, too. Google X, for example, can now grow as it needs to grow, with its own management and mission. Ditto for Calico, Nest, Fiber, Ventures and Capital. No longer are they parts of Google, the everything company: they are independent firms within a larger parent company, each responsible and accountable for their own successes and failures.

As a business decision, Alphabet affords its leaders and investors the ideal opportunity to make money while still taking risks.

Imagine this: Google remains as it is, and 2-3 years from now Google X is working on even more experimental projects. Google takes a hit on these developments, but the lab shows no sign of slowing down.

Would Google's shareholders be supportive then? Or would they feel funds could be better spent on developing ad platforms and other stuff that brings in money and perhaps make the company more stable? Of course, I can't say for sure, but now Alphabet doesn't have to worry about that scenario happening. It can answer for Google and it can answer for Google X without the two intersecting.

That's just the tip of the benefits iceberg when it comes to Alphabet. It may be Google's savviest move ever, and this is only Day 1.