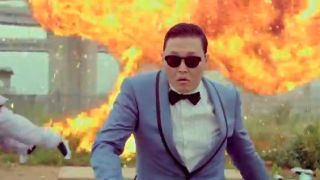 YouTube is preparing to launch support for 360-degree videos that will let you turn your virtual head to look to the sides of a scene (or even behind you). It's a nod to the momentum behind VR right now as well as just being a cool new feature that we're looking forward to trying out.

The move to all-encompassing clips has been reported by Ad Age though Google is keeping all 360-degree-enabled video content private for the time being. The feature should roll out in "the next few days", apparently.

It's not quite the same as roaming freely through a Carly Rae Jepsen music video but viewers will be able to look up and down as well as side to side. Advertisers and brands are expected to be among the first groups to make use of the tool.

One of the biggest barriers to the tech is creating the 360-degree video in the first place: the best way to get the job done, YouTube says, is to invest in a camera that's been specifically built for capturing footage from all angles.

Google is planning some real-world workshops in Los Angeles as well, where it will demonstrate the finer points of the technology and tutor content creators in the magic arts of 360-degree film-making.

On the desktop browser, you'll need to drag the mouse around to turn your head; on mobile devices, you'll be able to actually turn your smartphone or tablet to change the view. Keep your eye on the video-sharing portal over the next week to see when the feature goes live.