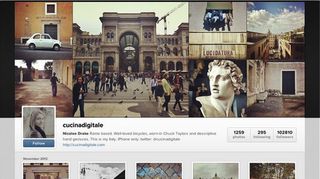 What changes await us now?

Hours after a tweet was sent promising light would be shed on impending changes to its privacy policies and terms of service, Instagram's co-founder took to the company's blog to clear the air over the most unsettling-seeming portions.

Kevin Systrom addressed three points in turn: advertising on Instagram, ownership rights and privacy settings, and said that confusing language would be modified to make it clear what will happen to users' photos.

"Instead it was interpreted by many that we were going to sell your photos to others without any compensation. This is not true and it is our mistake that this language is confusing.

"To be clear: it is not our intention to sell your photos. We are working on updated language in the terms to make sure this is clear."

What we really meant was...

Instagram's advertising vision, Systrom explained, is for both users and brands to promote their photos and accounts to increase engagement and build more meaningful and relevant followings.

If a business wanted to promote itself on Instagram through a promotion, user actions such as following that account or a profile picture might be shown so that others can see who is following that business, Systrom wrote.

In other words, if you follow a bike brand on Instagram, your picture and the fact that you are following that business could show up for other users in a sort of promote-by-social-credibility fashion.

It's un-Instragram to have banner ads, he later explained, so this type of promotion better fits with the company's third-party marketing strategy and its own revenue-generating goals.

Systrom also addressed the issue of whether user photos could be used in an advertisement.

"We do not have plans for anything like this and because of that we're going to remove the language that raised the question," he wrote.

Systrom stated flat out that nothing about user content has changed.

"Instagram does not claim any ownership rights over your photos..."

As for privacy settings, not a thing is different there, either.

"Nothing has changed about the control you have over who can see your photos," Systrom wrote. "If you set your photos to private, Instagram only shares your photos with the people you've approved to follow you."

Systrom ended by thanking the Instagram community for its feedback, and noted that the reason the changes don't go into effect for 30 days is to allow for users to comment and ask questions.

While it's nice to finally hear Instagram comment on what has caused a raucous round the web, we'll reserve final say on what Instagram's intentions with its user data and content really are.