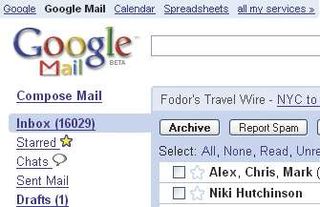 A slanging match has broken out after Google was placed at the bottom of a report investigating the privacy practices of top internet companies. The report, entitled 'A race to the bottom' was prepared by campaign group Privacy International following a six-month study .

In an open letter to Google posted on its website, Privacy International slams Google. The search engine is criticised not only for its position in the ranking, but also for its conduct since the announcement of the research.

The report rated the search giant's attitude to privacy as 'hostile'. It also rated 19 other firms - none of whom excelled. The report graded Yahoo and AOL poorly, saying each posed a "substantial threat" to privacy. Social networking site Facebook was given the same rating.

According to the open letter , Google representatives contacted two European journalists with the claim "Privacy International has a conflict of interest regarding Microsoft".

In response, Privacy International's director Simon Davies said it was "a fiercely independent organisation that has never shown fear nor favour."

"Again for the record, we have been fierce and relentless critics of Microsoft since our inception as a watchdog," continued the epistle. It cited several cases where it has called Microsoft's attitude on privacy into question.

"We have no specific axe to grind with Google. It is one of many companies demonstrating a poor privacy performance, and in assessing that performance we are acting solely with the intention of raising public awareness."