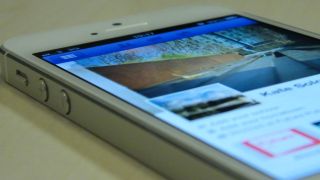 Facebook has reportedly confirmed it is testing a new messaging feature, which would allow users to host a chat room friends could join with requiring an invitation.

The feature, which TechCrunch reports is being trialled among a very small percentage of users, offers them an opportunity to set-up the room and give it a name, which is helpful for discussing certain topics.

The new event then appears in the news feed of the host's friends, who can click to join the room.

Any of the host's friends can join the room, meaning people who don't necessarily know each other could converse with new people, and perhaps strike up a friendship through the mutual friend.

The TechCrunch report said Facebook hasn't decided whether the feature will be rolled out to everyone yet, but easy to see where this could have real merit those who love a good debate

Say, for example, Apple has launched a new smartphone, a user could set up a room so friends could all voice their opinions on that subject, rather than simply commenting on statuses.

Users could also employ the Host Chat feature to discuss an ongoing TV show, sporting event, breaking news story and so on...

Meanwhile, another feature being rolled out today is an update to the Facebook Home Android suite.

As CNET reports, Facebook 3.4 for Android just landed with Beta testers bringing folders to the Facebook Home launcher, allowing users to organise like-minded apps and save space on the homescreen.