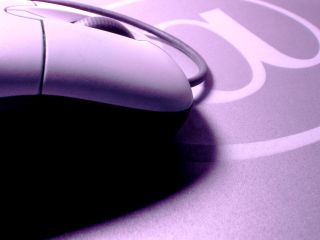 iSpy with my little mouse

More than one in four women have used the internet to spy on their partners – with a staggering 28 per cent of the fairer sex checking up on their loved ones online.

According to an 'iSpy' survey (see what they've done?) commissioned by Virgin Media to coincide with the roll out of its 50Mb broadband service, woman are nearly twice as likely to use the internet to spy on their other half. By contrast, only 16 per cent of men are checking out their partners online.

TechRadar should point out that no statistics were given on what percentage of men check out other people's partners online.

The research highlights just how easy it is to keep track of people, with 88 per cent of Brits surfing the internet on a daily basis and use of social networks such as Facebook and MySpace growing rapidly.

Some may be surprised that Yorkshire appears to be the most paranoid area of Britain, with 30 per cent of people polled in the area admitting to spying on their loved ones.

The South (26 per cent) and the North East (25 per cent) also like their snooping, but the Scots are obviously a more trusting people, with only 15 per cent using the internet to track their partners (or at least admitting to).

"The internet has transformed the way we communicate and conversations can span the globe in a split second," said Virgin Media's Ashley Stockwell.

"The fact that so many people use the internet to keep in contact with friends, start romantic relationships and even spy on their partners is a fascinating insight into the way we live our lives in the 21st century."