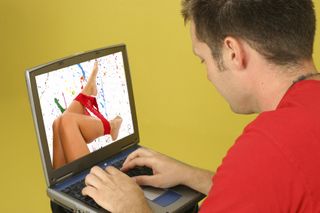 Over six million Britons work from home or out of the office on a regular basis, with businesses coming to realise that there are serious repercussions for their online security.

The survey was based on an analysis of eight billion web requests processed by ScanSafe last month for its customers and confirms that remote workers:

Spencer Parker at ScanSafe says of the findings that: "It’s no surprise that web habits change when staff are outside of the physical confines of the office and away from the watchful eye of bosses and colleagues.

"If employees are using a company laptop to download illegal music files from home, their bosses may be liable. Staff assume their web habits away from the office are unsupervised, however, the problem is that no matter where they are working, they could be putting their company at risk," Parker adds.

The survey is part of a PR push for ScanSafe’s Anywhere+ product, described as "the world’s first ever software-as-a-service web security providing real-time protection from malware and allowing firms to enforce acceptable web usage policies for all employees surfing the web regardless of location".