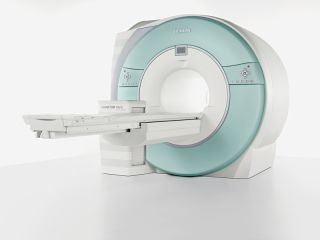 Since we came out of the caves, every new technology has been greeted with alarm and disdain.

The difference is, the internet moaners might be right. The 2008 report Information Behaviour of the Researcher of the Future, commissioned by the British Library and the Joint Information Systems Committee, found clear evidence of the negative effects of internet use.

"Deep log studies show that, from undergraduates to professors, people exhibit a strong tendency towards shallow, horizontal, 'flicking' behaviour in digital libraries. Society is dumbing down."

If that's true, things are only going to get worse. The endless amusements of the internet are no longer limited to desktop PCs. Thanks to smartphones, we're online whenever we're out and about, too – and convergence means we'll soon be tweeting from our TVs. So what is browsing doing to our brains?

For all our fancy shoes and flat-screen iMacs, it turns out that we're not that different from Pavlov's dogs: we race from link to link because our brains have been conditioned to associate novelty with pleasure.

In a series of experiments conducted at Harvard and Princeton universities, people were asked to think as quickly as possible by brainstorming ideas, speed-reading things on computer screens or watching video clips on fast-forward.

As Scientific American reports, "Results suggested that thinking fast made participants feel more elated, creative and, to a lesser degree, energetic and powerful. Activities that promote fast thinking, then, such as whipping through an easy crossword puzzle or brainstorming quickly about an idea, can boost energy and mood," says psychologist Emily Pronin, the study's lead author.

Pronin and her colleagues suggest that we may associate fast thinking with being in a good mood, and that "thinking quickly may unleash the brain's novelty-loving dopamine system, which is involved in sensations of pleasure and reward".

MMMM... DOPAMINE: Dopamine is a neurotransmitter that makes you feel good

Dopamine is a neurotransmitter, a chemical that's released whenever we do anything pleasurable such as enjoy food, have sex or take drugs. It's long been implicated in various forms of addiction and may explain why some people are so keen on risky behaviour such as extreme sports or high-stakes business decisions. It could be the reason why we're constantly distracted.

Dr Gary Small is a professor of psychiatry at the UCLA Semel Institute, directs the Memory and Aging Research Center and the UCLA Center on Aging and is the author of iBrain: Surviving the Technological Alteration of the Modern Mind. As he explains, what many of us do on our PCs isn't multitasking. It's something rather different, which he calls Partial Continuous Attention.

"With Partial Continuous Attention or PCA you're scanning the environment, looking for new bits of information that might tweak your dopamine reward system and be more exciting [than what you're doing]," he says.

Current page: What is the web doing to our brains?