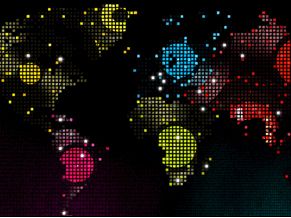 Deezer has explained to TechRadar in detail why it has decided not to attempt a tricky US launch while expanding into 200 other countries around the world.

Mark Foster, the managing director of Deezer UK, told us off for our headline on today's announcement – "Spurned was a bit strong!" – and said it's really nothing personal.

"It's really a strategic reason," he told us. "There are quite a lot of players in the US already; it's a big market and, from an infrastructure point of view, very expensive.

"If you look at the forecasts, the US is set to grow by around 4 per cent by 2020 in terms of consumption, whereas in emerging markets it's more like 15 per cent."

"That plays into our Facebook integration; we're seeing a lot of additional traffic from Facebook and around 75% of Facebook users are outside the US so it makes sense for us to concentrate our efforts elsewhere."

When asked if a launch into the US market is on the cards for the future, Foster told us, "Never say never. But for the foreseeable future, it's not part of our plans."

But, we pointed out, Spotify launched into the US and it seems to be going rather well for the company.

"Spotify wants to break the US, and good luck to them; its major focus is obviously the American market. We're more interested in the rest of the world at this point."

Deezer, which launched in the UK just a few short months ago, is already reaping the rewards of its relationships with Orange and Facebook. Although no official figures have been announced yet, Foster says the company is "very pleased with how we're evolving" in the UK.

Like Spotify, the company is working with third party music services to improve the customer experience. Foster tells us that Deezer will "spend more time" and increase the profile of its API-based shenanigans in the coming months, so stay tuned.