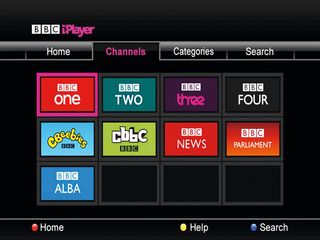 The BBC has revealed that the iPlayer proved more popular than ever over the Christmas period, with 145 million people logging on to catch up on their televisual viewing.

It's no surprise that Top Gear was the most popular show on the service, with the two specials garnering 1.3 million hits each, but what is interesting is how many people are now logging on through the Playstation 3.

There were 31 per cent more people viewing the iPlayer through the PS3 month on month, with the app earning an impressive 7 million requests.

To put the amount of views iPlayer got over the Christmas period in context, in December 2009 the iPlayer had 89.7 million requests; December 2010 upped this by 27 per cent to a whopping 145 million.

"In December we saw huge growth of BBC iPlayer on game consoles, connected TVs, and mobiles phones. We're seeing impressive audience appreciation for our TV and mobile experiences, and I anticipate that growth on these devices will significantly outpace traditional BBC iPlayer use in 2011," said Daniel Danker, general manager, programmes and on demand, about the upsurge.

Worringly for Doctor Who fans, the iPlayer only had 700,000 people log on to view the Xmas special, while Matt Lucas and David Walliams's execrable airport based comedy, Come Fly With Me, managed 780,000.

These on-demand viewers may be tech savvy but their taste in programmes seems to suck.