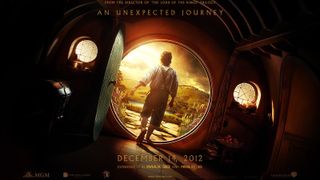 The Hobbit - a movie on speed

This year marks another significant step in moviemaking – the release of The Hobbit marks the first time a major movie has been shot in 48fps.

This high frame rate is being pipped by directors such as Peter Jackson and James Cameron as the future of filmmaking, and there's even talk of pushing the speed of frames even higher to 60fpr.

These higher speeds are said to complement 3D, smoothing out the picture and enhances the effect. But there has been criticism that it makes movies look too real – which isn't great when you are trying to depict a fantasy world and it ends up looking like a kitchen sink is a Mike Lee movie.

To gain a better understanding of high frame rates, TechRadar spoke to image technology director at THX to get his expert opinion on the matter…

Kevin Wines: No, in fact the high frame rate activity by Cameron and Jackson is in conjunction with 3D, creating a better overall experience for 3D viewers. High frame rates overcomes some of the technical limitations of 3D implementation such as sequential playback of the eyes that are captured simultaneously.

TR: Why is the time right for higher frame rates? Is Warner taking a gamble using this tech for one of its biggest properties?

KW: Digital Cinema technology supports high frame rates with minimal and incremental changes to the technology. I do not believe it is a gamble – Warner is deeply involved with the standards bodies, which are addressing the issues and preparing for high frame rates to become a norm moving forward. Several of the existing installations can support The Hobbit at 48fps. Further, there will be a 24fps version to ensure wide distribution.

But the time is right for high frame rates, primarily due to the advancement of technology. Back when everything was shot on film, the cost to film with high frame rates was a big issue. Today, with the advancement of digital technology, that cost barrier no longer exists, so it makes sense that filmmakers will want to use a better technology that enables the viewer to have a more real-world and visually striking experience.

TR: Why do you think audiences reacted so much to The Hobbit's high frame rate footage - is it too real for movies?

KW: It is my understanding that because they are focused on finishing the movie, the demo footage was not as finished or polished as it could have been, so the audience did not get as good a representation, so reactions may well change when audiences see the full-length feature in 48fps.

Further, there is always a resistance to change. It was not so long ago that there was a lot of resistance to Digital Cinema in general – now everyone accepts it, enjoys it. I think this will hold true for high frame rates. Once audiences come to expect a look that is more true to the experience they have in the real world, that will become the standard for film making.

In the end, most changes in film technology are driven by the film makers and their artistic vision for the film. If the high- caliber film makers want to depict a certain look – whether that be 3D, high frame rates, color film – eventually audiences will start to expect that look as the norm and it's the job of cinemas to enable the audiences to see the film in an optimal capacity.

TR: Will higher frame rates draw people into cinemas like 3D - what does it mean for home cinemas?

KW: I am not sure – it's always hard to predict what will draw people to cinemas, but home cinemas are already mostly equipped to play these higher frame rates. Televisions, for example, already support 60 frames per second.

The only current issue with home cinemas is the ability to play high frame rates on source devices like Blu-ray or through the cable box, but that will likely be fixed by next year, enabling all home cinemas to play with the higher frame rates used by Jackson and Cameron and others who follow suit.

TR: How easy is it to convert traditional cinemas to high frame rates? Is it the case that it is just a firmware upgrade for digital cinemas?

KW: In some cases, yes. Right now, most cinemas have moved or are moving to digital systems, and about a third of digital systems are 3D capable, which means they are able to show higher frame rates.

In the older systems, a hardware upgrade will be required, which could cost as much as $75,000 (£48,000) per screen to upgrade the projector, media block and any other essentials. But any theater transitioning to digital at this point will automatically get the ability to play higher frame rates because manufacturers are building that technology into all the new digital units.

TR: Is 48fps a rival to 4K - do they both point to what the future of home cinema will look like?

KW: I would imagine they will eventually converge and consumers will get 4K at high frame rates. Though one is temporal and one is spatial, they both get better the higher you go, so it makes sense that the industry moves in the direction of merging the technologies. Right now, it's all a matter of economics that will determine when consumers see this as a reality.

The Hobbit will be released 14 December, courtesy of Warner Bros.