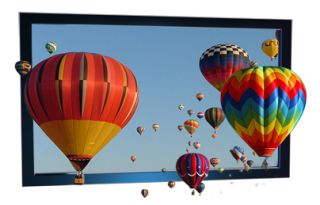 3D TV is here to stay - bet you're glad you bought them glasses now... oh, wait

Major AV manufacturers banking on a 3D gold rush will have to temper their expectations, according to the latest predictions from Informa Telecoms & Media.

Simon Murray, Principal Media Analyst says that '3DTV will take off but viewing will be limited until technology has progressed sufficiently to remove the need for viewers to wear glasses.'

He does not believe that 3D will go the same way as the likes of HD DVD, Betamax and eight-track cassette players, all of which lost out to rival formats.

3D will exist as a niche product for a long time predicts Murray. One of the main challenges it faces is a lack of content (there are only four Full HD 3D Blu-ray titles currently on sale).

'While 3D production is fast expanding, it will take some time to create enough content to create a tipping point that will attract an audience.' says Murray.

The need to buy a new TV set (and the high cost of doing so) is also a significant barrier (although this will diminish over time) as is the specs issue:

'Most people do not like wearing glasses, especially the heavy ones promoted by some manufacturers, for very long,' adds Murray.

Another cause for concern is the cost of the glasses and the incompatibility between different brands of TVs and specs, although prices will drop soon and manufacturers admit a universal standard for specs is inevitable.

Around 7 million 3D sets will be sold this year with 22.2 million homes across 53 countries predicted by Informa to be watching 3D content by the end of 2015.