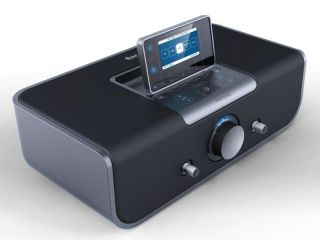 "There is a lot of rubbish talked about DAB audio quality and use," according to Tony Moretta, Chief Executive of the Digital Radio Development Bureau (DRDB).

Moretta is a man who's charged with promoting (and defending) the oft-criticised DAB radio format in the UK. DAB's critics might even describe him as a man that's been handed a poisoned chalice.

The DRDB's stakeholders include Arqiva, the BBC and Digital One. The organisation's brief is to "work directly with broadcasters, manufacturers and retailers to encourage more and different products, heightened consumer and high street awareness, improved understanding of DAB technology and co-ordination of brand usage."

Moretta told TechRadar this week that he is in agreement with Pure Digital's marketing director Colin Crawford, and thinks "there's a very small but vocal minority of audiophiles and techies who complain about DAB, but consumers are still buying them (over half a million in December alone) and the feedback from them is overwhelmingly positive, for content, ease of use, audio quality and other features."

Ease of use paramount

Alan Sircom, Operations Editor on Hi-Fi Choice magazine is certainly in agreement with the DRDB that "DAB is an excellent replacement for FM; it gives you greater flexibility of station choice than FM and the sound quality is extremely consistent," but adds that "it's not the only replacement."

"In the home especially, Internet radio is a practical proposition too. However, the big advantage DAB has over internet radio is ease of use; it's still not that easy to quickly tune into an internet radio station, whereas tuning to a DAB station is as simple as pushing a preset."

This is perhaps the biggest hurdle that device manufacturers and broadcasters alike have to overcome, the fact that internet radio has a seemingly endless, and indeed "bewildering" number of stations, according to Hi-Fi Choice's Editor, Dan George.

"Most psychology studies prove that the more choice there is, the harder it becomes to choose," adds George. "Even if you can tune in to Radio FAB in Fiji, who really cares? Long term, people will stick to the few established, high-quality stations they hold dear and that could be just two or three."

These concerns aside, TechRadar is still in agreement with Sircom's point that it is still "hard to dismiss the joys of listening into stations from Seattle – or Sevastopol – without ever leaving the house."

So what of DAB+

And where does the latest DAB+ technology fit into the general scheme of things?

"DAB+ is designed to improve upon existing DAB by using a more modern digital encoding/decoding algorithm to deliver better sound quality at any given data rate," explains Hi-Fi Choice's Sircom. "The problem is at the moment is UK broadcasters have no strong commitment to switch to DAB+ and existing DAB-only radios would not be compatible with DAB+ broadcasts."

And let's not forget about good ol' FM, which looks like it is going to be around for another decade at the very least, if the thoughts of a Tivoli exec this week are anything to go by.

"There are still places where FM shines," Sircom reminds us. "If used through a top-notch tuner with a good aerial at home, it can turn in a bewitching performance on live material that can challenge even the best DAB sound.

"FM is also still impossible to beat in-car, because DAB on the move spends a lot of time tuning into stations instead of playing them. It's also difficult to line-fit to a car because the digital radio standards vary from country to country. It seems likely that FM will live on for another 10 years or so and those who like FM radio will undoubtedly cling on to the format until the bitter end.

What of the future? Satellite, internet or DAB?

Summing up, the DRDB's Tony Moretta believes that in the future "there will be a 'mixed economy' in digital radio," and that his organisation intends to develop and promote radio on digital TV platforms and internet/Wi-Fi radios.

"However, I think DAB is the best digital replacement for FM radio for the majority of listeners as a broadcast technology will always be simpler to use, cheaper to broadcast and easier to access – just as DTT is the broadcaster and consumer choice to replace analogue TV, over cable, satellite or IPTV."

"DAB is the obvious choice for radio lovers come the eventual FM switch-off," agrees Hi-Fi Choice's Dan George. "Although there will be an upcoming generation who access radio using the internet, the vast majority of radio lovers will demand a small 'kitchen-type' device that simply tunes in to radio waves."

Alan Sircom also reminds us that "an often overlooked alternative to all of the above is satellite radio… Often found languishing at the back of the Sky programme guide, radio stations broadcast over satellite can sound extremely good and they're diverse and easy to use, but having that blanked-out plasma screen can be an obstacle for some."