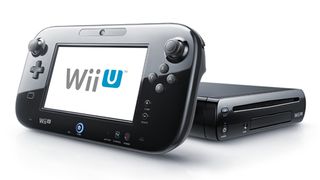 Nintendo has a lot to juggle. With two systems on the market and another one on the way, not to mention the initiative with developer DeNA to bring some of the most beloved Nintendo games to mobile devices in autumn of this year, Nintendo President Satoru Iwata has a full plate.

But, even with all these new products up in the air, Iwata wanted to make one thing clear to investors at a recent meeting: He's not ready to leave the Wii U behind just yet.

"We will continue making 3DS and Wii U software while preparing for the Nintendo NX," Iwata said. "[And] we are prioritising satisfying customers who purchased the Wii U ... Immediately cutting off software for previous hardware upon the release of a new machine is inefficient."

While Microsoft and Sony switched all in-house development studios over to their new platforms immediately after launching, it looks like Nintendo will keep some of its primary staff focused on keeping Wii U and 3DS fans sated for some time.

Iwata also used the venue to point out that the NX's unveiling was a bit premature, telling investors that "[The] NX was announced as a new platform alongside the DeNA venture. The NX was announced then to indicate that we are not retreating from game platforms and will continue the hardware business. Normally, the announcement would've been made later. It was like revealing a magic trick ahead of time."

Iwata didn't tell us which series would be the first to transition and which ones will be left behind, but considering that Nintendo hasn't released a new 3D Mario game in some time, money's good on a Super Mario Galaxy 3 launching alongside the NX.