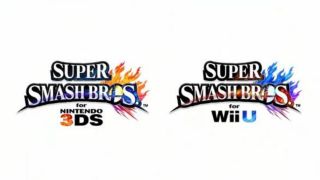 Promises to be a smash hit, but we need more than this

Though it decided not to hold a press conference this year, Nintendo still promised to make a few waves at E3 2013, opting to showcase its games via a livestream instead.

Nintendo then kept the Mario love coming with Mario Kart 8 showing itself for the first time, and promising to bring anti-gravity racing when it arrives next spring - which, we have to say, looks pretty awesome.

Also entering the arena was a new installment in the heavyweight beat-em-up Super Smash Bros. franchise - the new game is inventively titled just Super Smash Bros. - which will be available on both Wii U and 3DS with cross-platform support next year.

The first party announcements came in droves as Nintendo then showed off Donkey Kong: Country Tropical Freeze, a safe-playing number that will also hit the Wii U later this year.

And as a reminder that the Wii U will be getting a look in with the multiplats, we were treated to a sizzle reel of third party games include Batman: Arkham Origins, Assassin's Creed 4: Black Flag, and Watch Dogs.

However, those of you waiting for the new Wii Party U and Wii Fit U, Nintendo told us that the two have been delayed. Wii Party U will touch down in October, while fitness freaks will get their hit in the winter.

Overall, there weren't any real surprises - which is extra disappointing in one of the biggest E3 years ever. Still, there was enough to tide us over for the time being, even if we'll have to wait a while to get our hands on any of the new games.