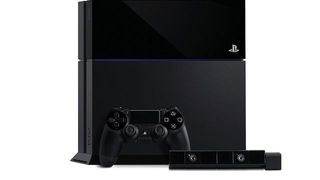 We've got the PS4 release date, and it's just ahead of Xbox One

Ladies and gentlemen, mark your calendars: Sony has announced the PS4 launch date, and it's not very far away. It'll go on sale in the US on November 15, and it'll reach the UK, Europe and Australia two weeks later on November 29.

There was so much PlayStation news this week that Sony barely paused for breath to confirm the price - $399 US, £349 UK, €399 EU - before firing more rounds from its announcement cannon.

are coming to the PS4 and PS Vita! Boom!

Virgin Media will be the UK broadband partner

The PS Vita's getting cheaper

That wasn't all. Fancy getting a PS3 for less money than ever before? Your wish is Sony's command: the super-slim 12GB PS3 is now just £160 in the UK, making it cheaper than two pints of lager in a London bar.

Sony has also announced an upgrade programme for PS3 gamers: for a limited period, gamers who buy certain PS3 titles - Call of Duty: Ghosts, Assassin's Creed 4: Black Flag, Watchdogs and Battlefield 4 - will be able to upgrade to the PS4 versions at a "significantly discounted price."

Microsoft had some news too. It revealed the Xbox One launch list and promised to bundle FIFA 14 with pre-orders. Hurrah for that, says Patrick Goss: "Microsoft has got back on the message it should have been hammering from the off. Who'd have guessed it? The Xbox One is a games console."

After a quick pause to mention Microsoft's Xbox One UI (you'll be shocked to discover that it looks like Windows Phone), it's time for a bit of nostalgia. Remember Game and Watch?

Nintendo's Game and Watch devices were brilliant: not only did they tell the time, but you could play games on them too. In completely unrelated news that's happening two decades later, Samsung's just had a brilliant idea.

It's going to make a watch that you can play games on.

We kid! Samsung's Galaxy Gear is a bit more ambitious than that. The Apple-pipping wonderwatch, expected to ship in late September, is Samsung's third attempt at a smartwatch - and while nobody knows what it looks like yet, that hasn't stopped us from carefully sifting through the Gear rumours to create a superb rendering of how it may appear.

Never mind its looks, though. What about the specs? When the Gear is unveiled on September 4 it'll have a 2 megapixel camera built into the strap, a 2.5-inch square OLED, a dual core processor and a gigabyte of RAM.

It'll integrate tightly with Android phones via Samsung's own watch app, and it will run apps from Samsung's own app store, not Google's Play. Social networking will be baked in, with easy sharing with and access to Twitter and Facebook.

We take Facebook for granted, of course, but not all of the world does - and Facebook is gearing up to bring Facebook to the billions of people who don't currently have internet access. The project is called Internet.org, and while our columnist Gary Marshall reckons it'll have a positive effect he also points out that Facebook is hardly being altruistic.

Never mind Facebook's guff about connectivity being a fundamental human right, he says: "Connectivity is a means to an end... Facebook wants to be this century's AOL, the first service people use when they get online and for many, the only service they use when they go online."

According to Marshall, "This isn't about making the world a nicer place. It's about playing nice for Wall Street."