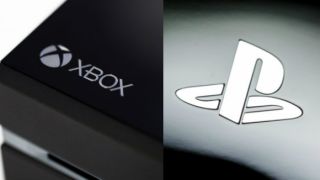 Number one is a matter of perspective, really...

According to new research, PlayStation 4 is currently the bestselling next-gen console in Australia, though Microsoft is touting that the Xbox One was number one in 2013.

Sony had more to celebrate, as the report also showed that the PS3 was the top selling console in 2013 for the third year running.

Microsoft on the other hand said in a statement that Aussies had spent more on the Xbox One than any other console in 2013.

Despite what both Microsoft and Sony tout, both consoles have been plagued by national stock shortages, so we think that it's still too early try and judge how both consoles are standing up against each other just yet.

However, the release of the two consoles has definitely helped the video and computer games industry Down Under.

Research released by the NPD Group Australia showed there was a 13 per cent increase in hardware sales after the release of both consoles.

And while Microsoft and Sony are battling it out, the mobile gaming industry in Australia has been seeing a steady rise.

"Consumers spent more than $452 million on mobile games in 2013, with 70 per cent of that on in-game, micro-transactions," said Sam Yip, Senior Research Manager for research firm Telsyte.

"At this rate, mobile game revenue could exceed that for physical games within a couple of years."